Queen’s University and the AMS are proud to announce that after months of deliberation and consultation Queen’s has decided to replace Boohoo the bear as the official mascot! The decision to adopt a new mascot came shortly after university administrators and the AMS were informed that Boohoo was not, in fact, a real bear.

We couldn’t bear this news…

“It is a crying shame really. I’ve always thought he was just a really friendly bear – like Winnie the Pooh or Ted” said Arts and Appliances student Michael McNair, “this is just heart breaking. What’s next – is someone going to tell me the Easter Bunny isn’t real?”

Queen’s reviewed countless nominees for the new mascot. These are just a few of them:

via overheard at Queen’s

via Overheard at Queen’s

Reason against: ultimately, if you wanted to encounter something hairy and foaming at the mouth you would just visit the spot on a Tuesday night.

Reason against: let’s be honest, there are already far too many of these on campus.

Reason against: uh, no.

Eventually the winner appeared right in front of the selection committee as they strolled down Union street in a snowstorm. Yes, these are your new mascots: 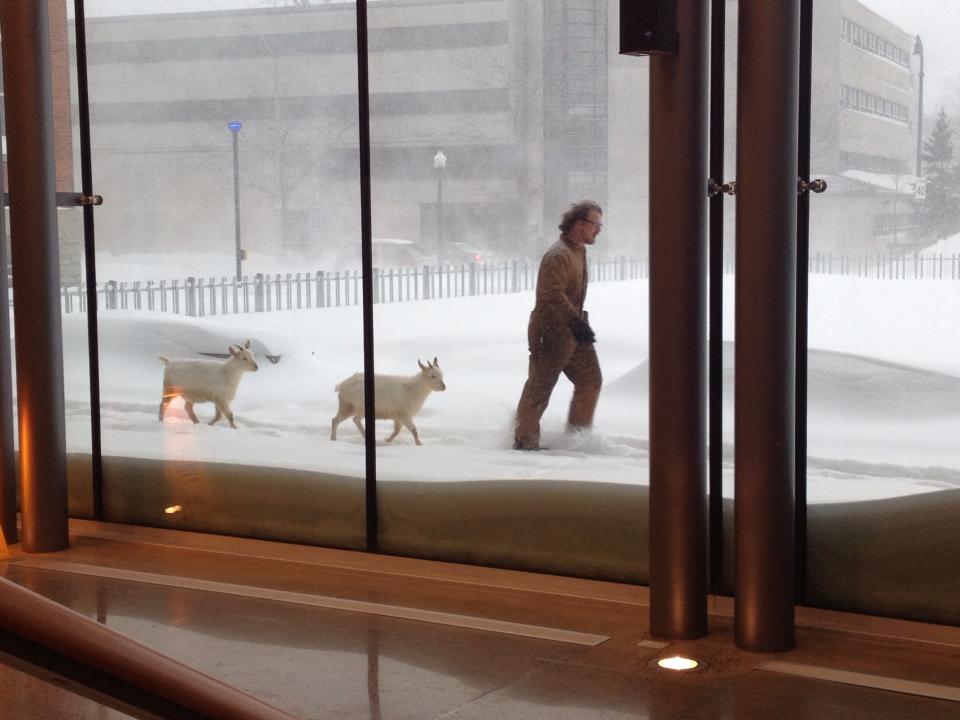 The Overheard at Queen’s Goats. Woo!!

“Ultimately we feel the perseverance of those goats, to exercise in such an incredible snowstorm, shows the true spirit of initiative that embodies our school,” claimed Principal Daniel Woolf. “The goat is truly a faithful, loyal, fluffy and trustworthy animal, and we feel it accurately represents the traditions of Queen’s University.”

The goats’ nomination was further fortified by its rendition of the Queen’s battle hymn ‘the Oil Thigh’ seen here.

These goats will replace Boohoo “the Fraud” on April never.

Happy April fools, Queen’s – and don’t forget to check out ‘Critters on Campus’, happening all week in the JDUC!

Ps. yes we know that’s a sheep in the video, not a goat.